Role
Solo Project (with a focus on Game and Level Design)
Collaborators
Mette Nonboe Carlsen - Subject Matter Expert
Patrick Svaneberg Vejen - Composer
Date
June 2020
The Game
Split Mind is a first-person narrative game about the experience of living with schizophrenia, and is a small portrait of actual personal experiences. You play as a person with schizophrenia, going through a psychotic episode, over the course 4 days. Each day you will have to go through a series of everyday tasks, which progressively become more difficult to complete as the psychosis develops and starts to disrupt your grasp on reality.
The game has been designed in collaboration with my wife, Mette Nonboe Carlsen, who herself has struggled with Paranoid Schizophrenia. Her experiences, together with extensive research and interviews with others with lived experiences, has assisted in the depictions in this game.

10 minutes of gameplay for my IndieCade submission of the game

My Role
This project was a solo project, so everything in the game is created by me, apart from the music and sound effects. I of course had a big focus on the Game Design, Level Design as well as the Visual Design.
Through the Game Design I focused a lot on creating interesting gameplay and experiential metaphors that would convey the emotions and thoughts of living with paranoid schizophrenia. This was especially done through an anxiety mechanic, where you have to breathe to keep your increasing anxiety down. A big part of the Game Design was to do participatory design, in order to get the experience to be as accurate as possible, by basing it on the experiences of my wife.
Through the Level Design I focused a lot on guiding the player through each chapter. Everything takes place in the same apartment, which changes throughout the game. I used a lot of different sound cues and 3D objects to guide the player the right way, either by showing something of interest, or blocking their path with hallucinations associated with the illness. As the psychosis progresses, I try to reflect this through the level design, by making everything more messy and twisted, as the character loses touch with reality.
Through the 3D Art and Visual Design it was important to me that it reflected the mental state of the character and player, as the psychosis evolved, through the colours, objects and hallucinations. I created all visuals and 3D assets to have full control of everything in the game. With the style I chose to have everything very simply textured and not add to much detail. This was mostly due to time constraints, but gave a nice feel.

Sketch of the level design, for planning out the game environment.

Apartment in Unity (Some furniture from the plan sketch, were not implemented, due to time constraints) 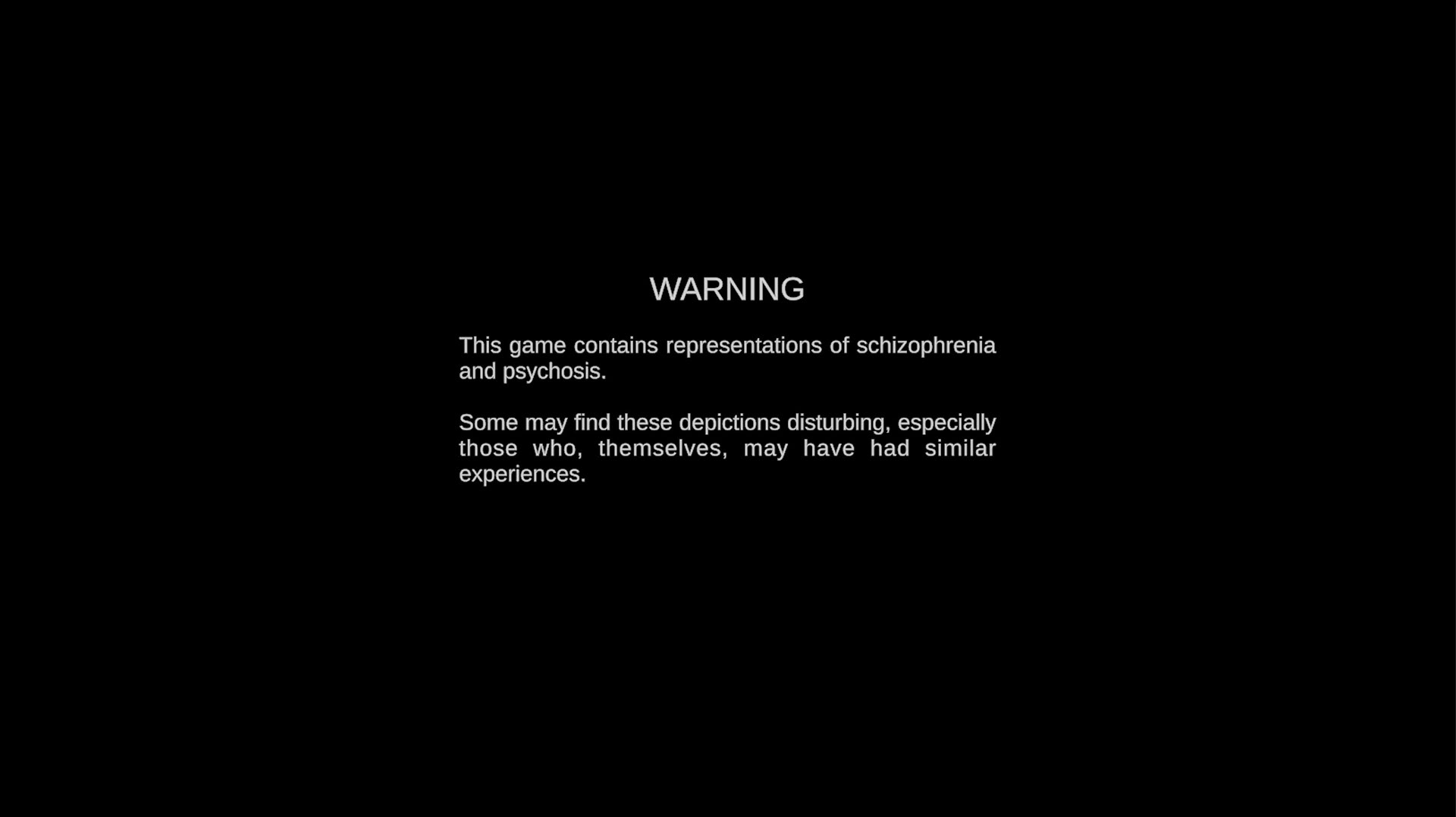 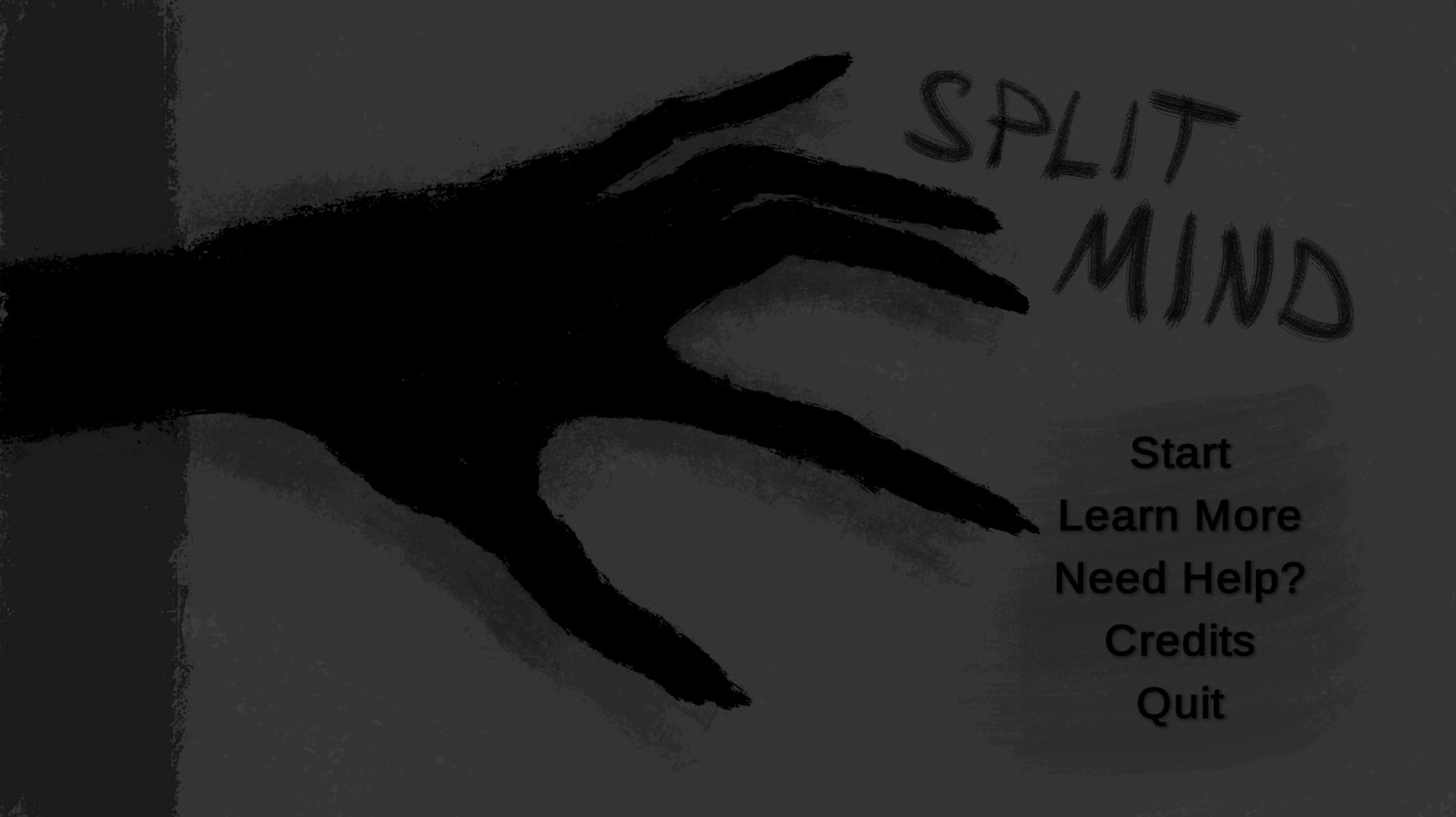 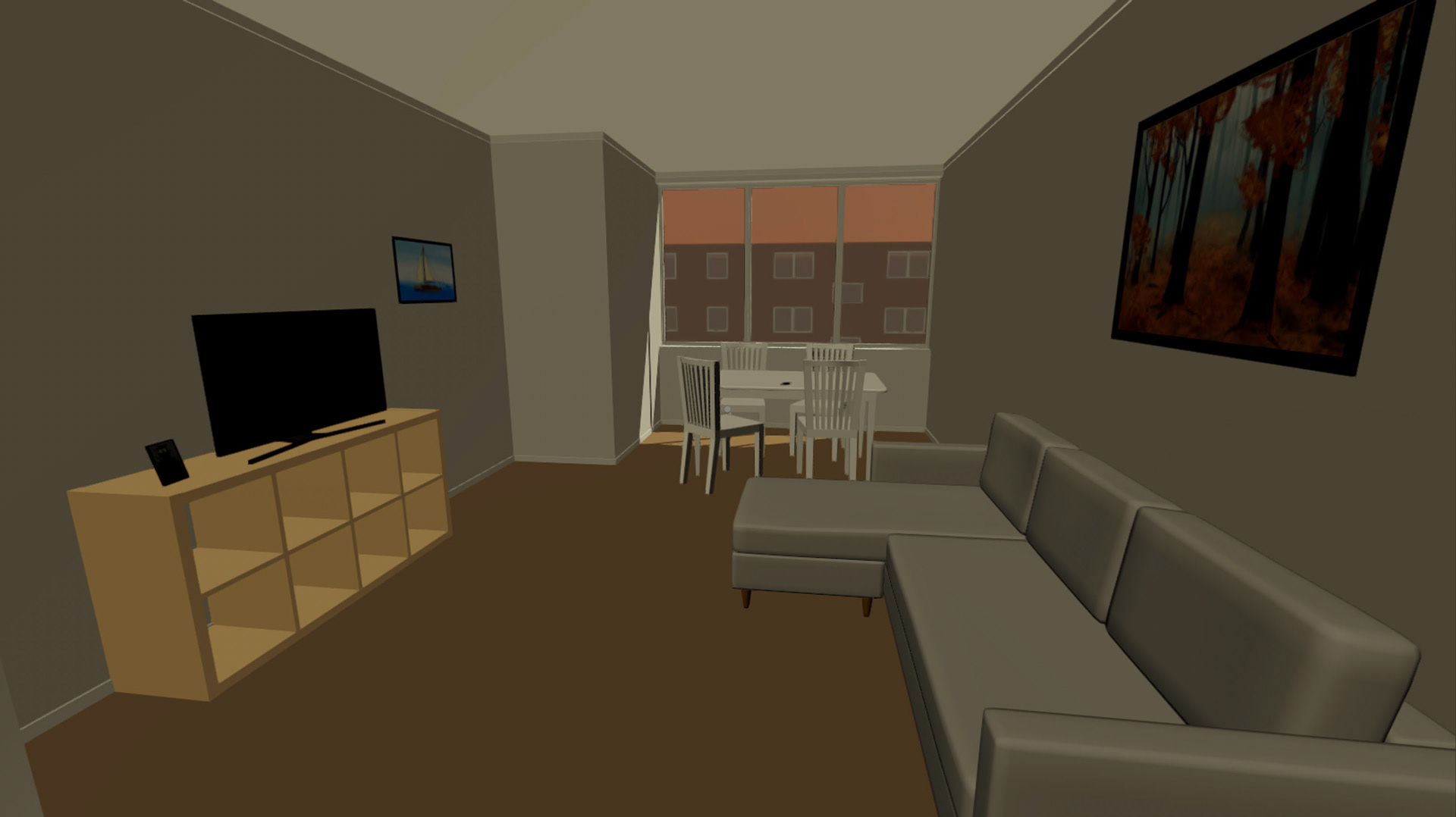 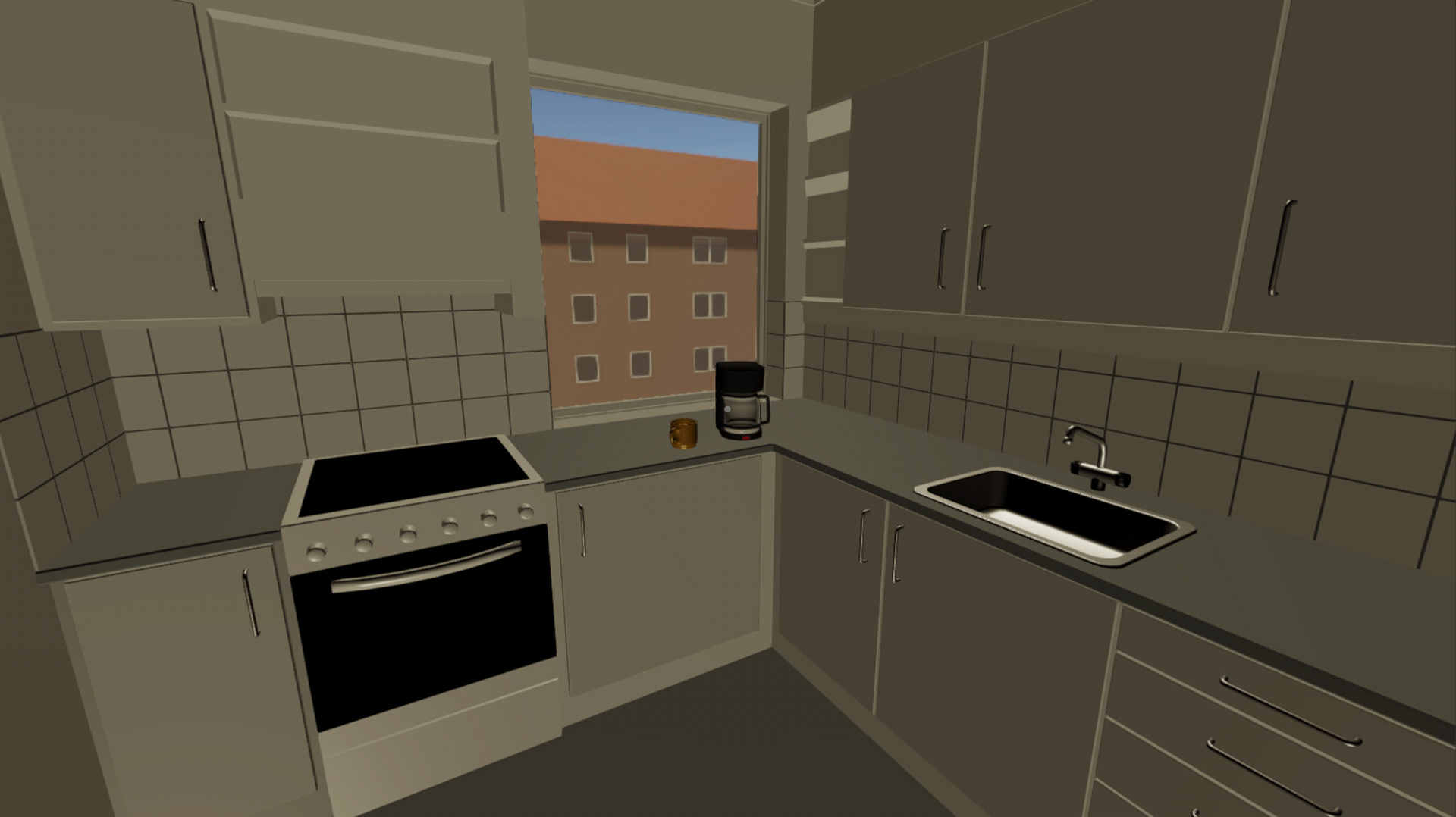 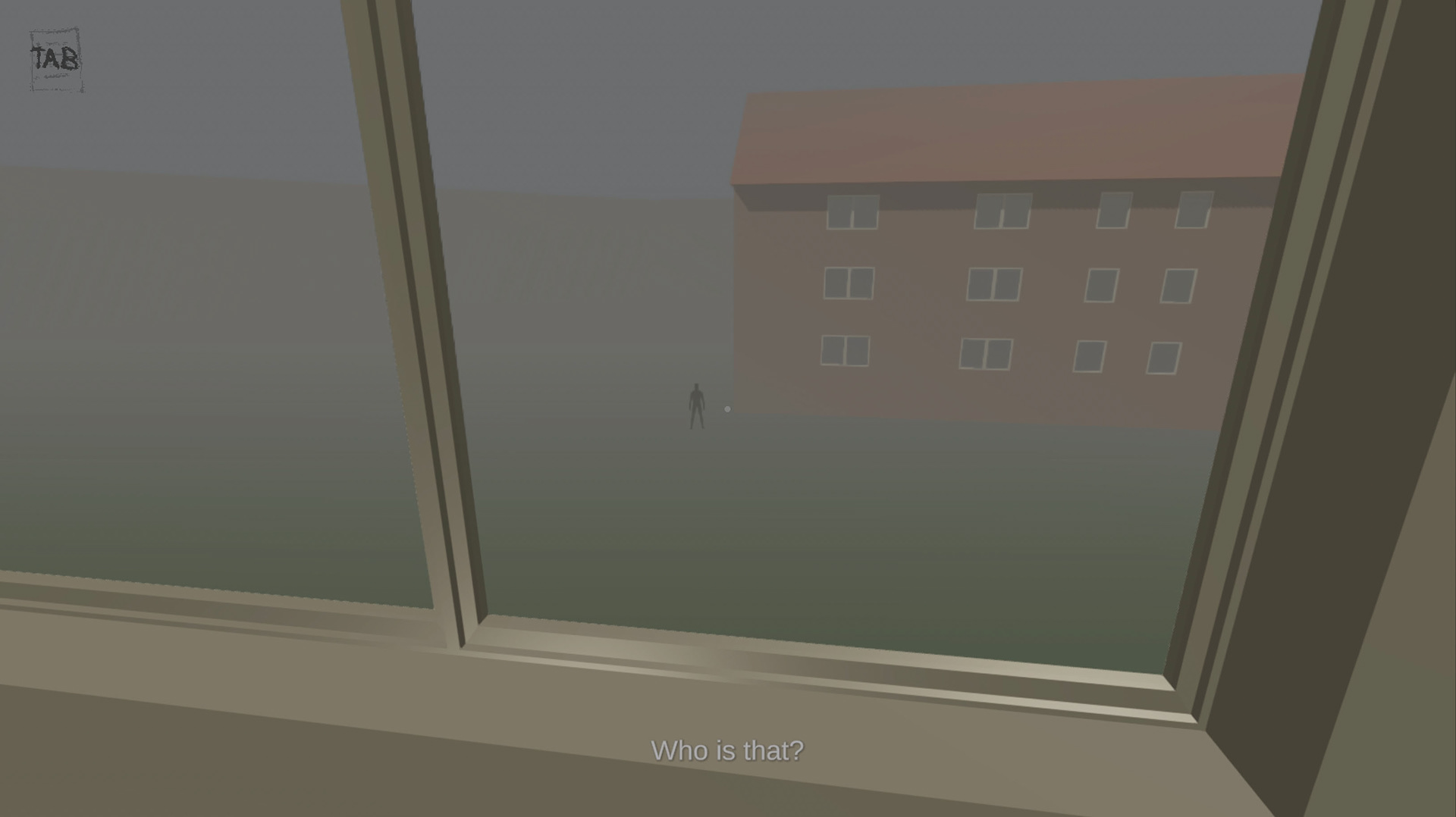 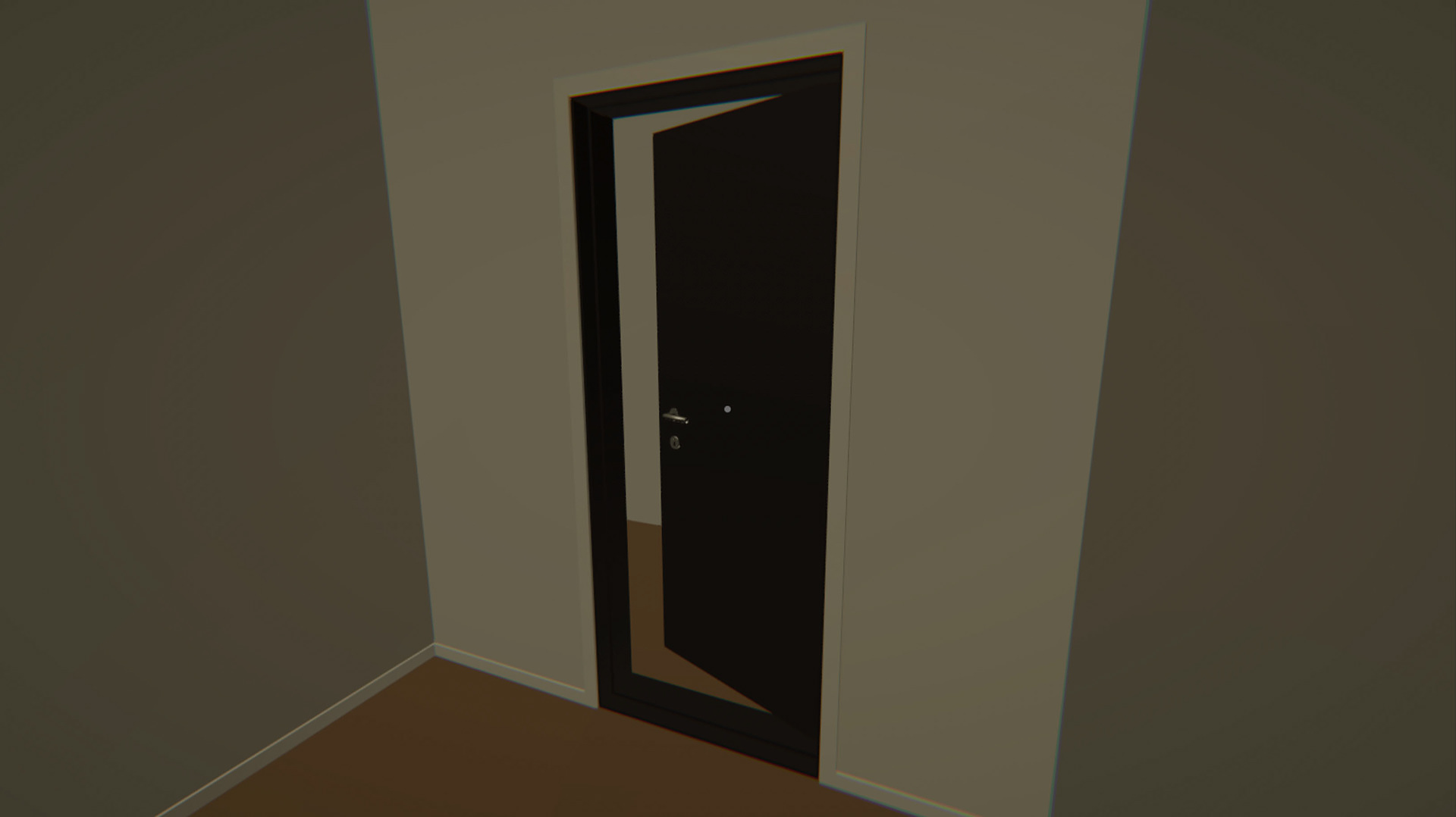 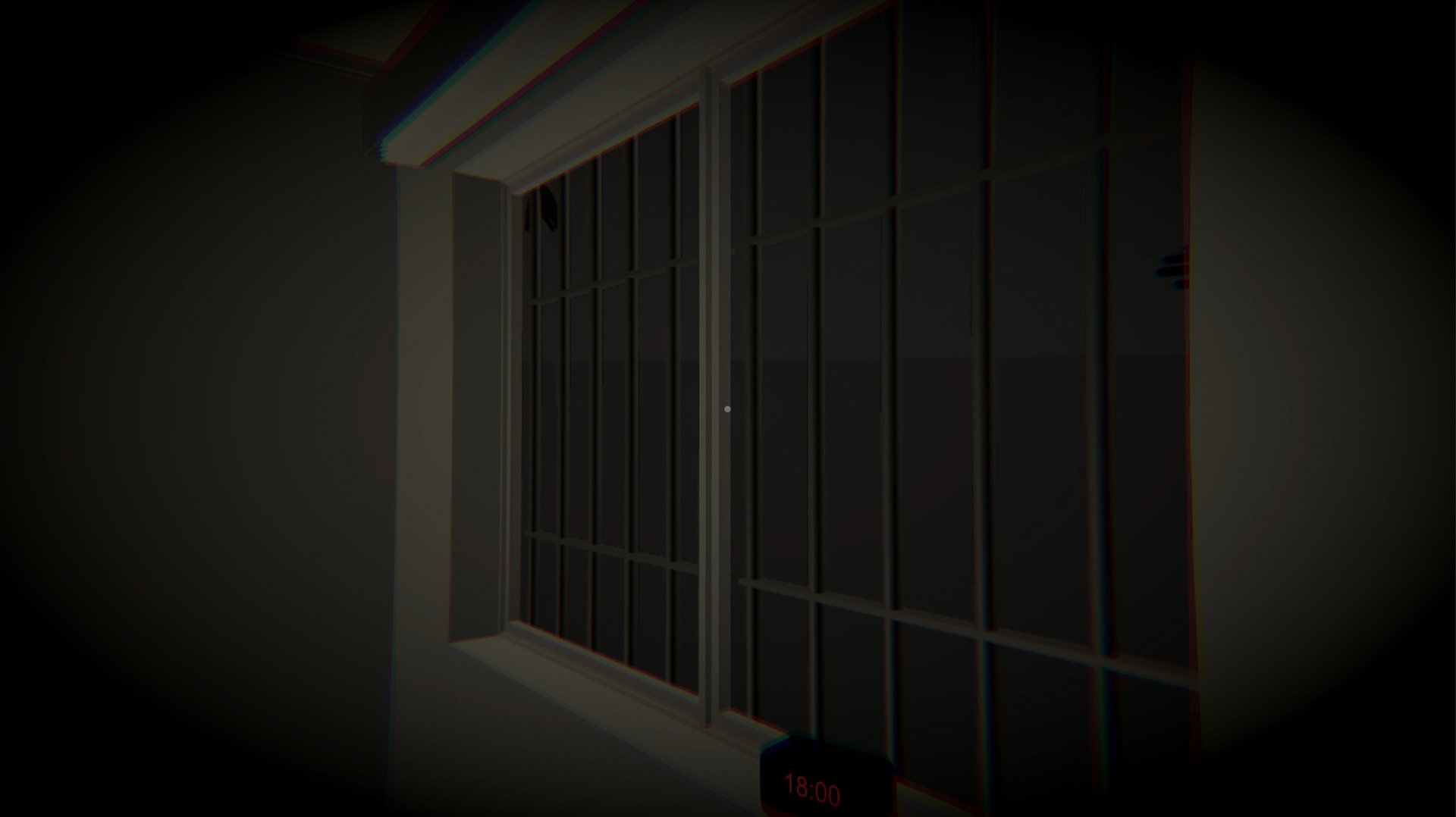 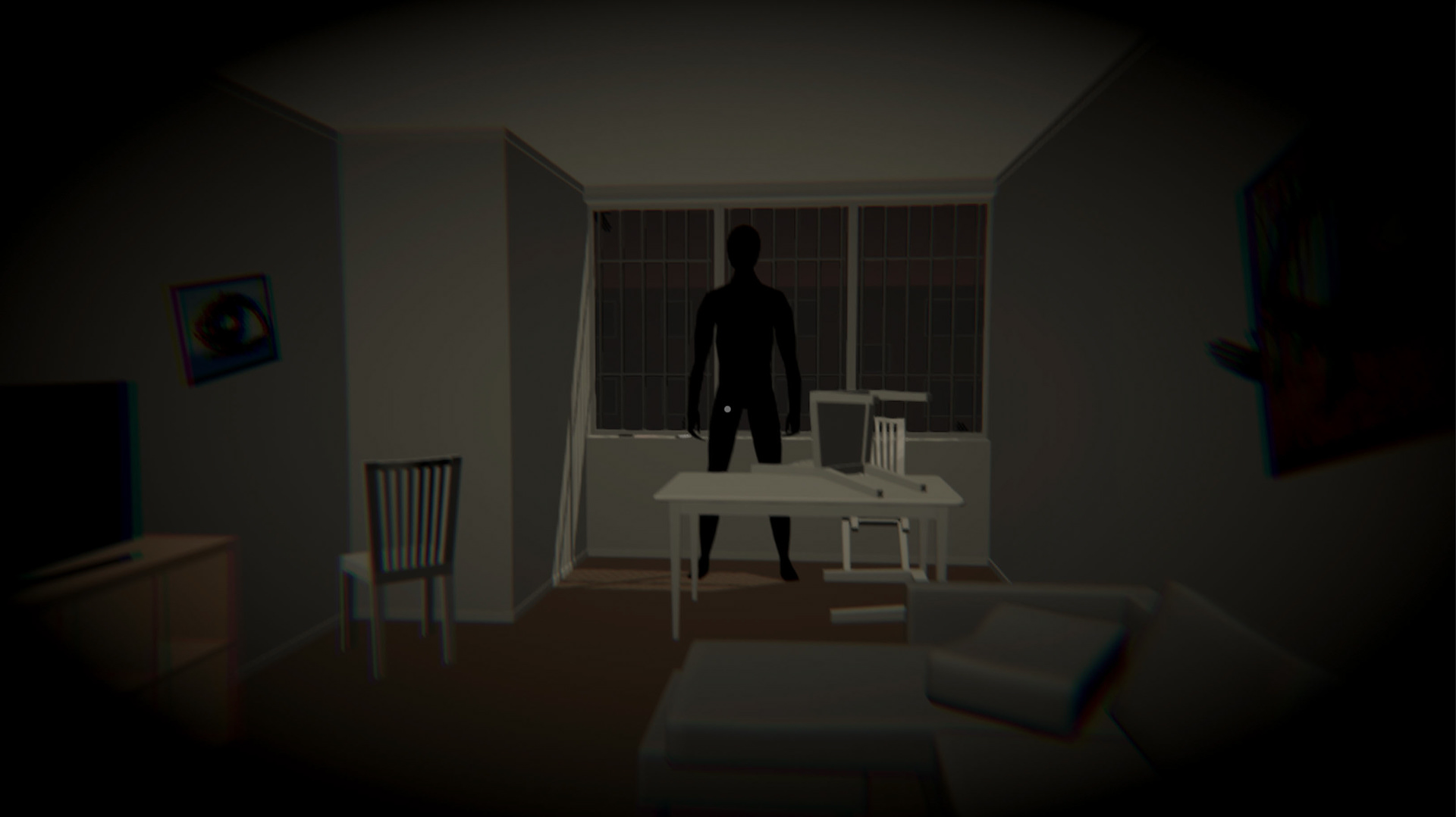 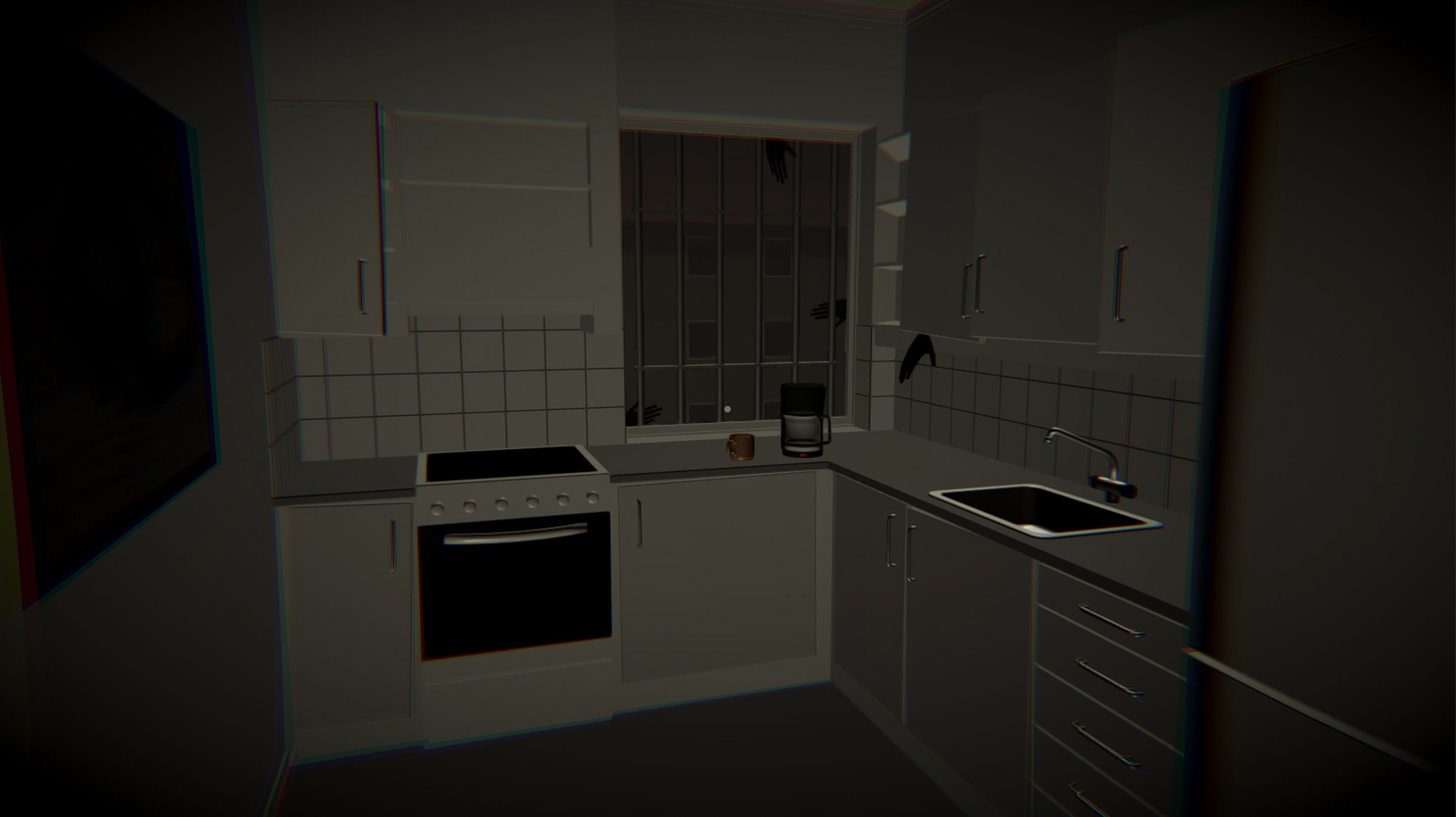 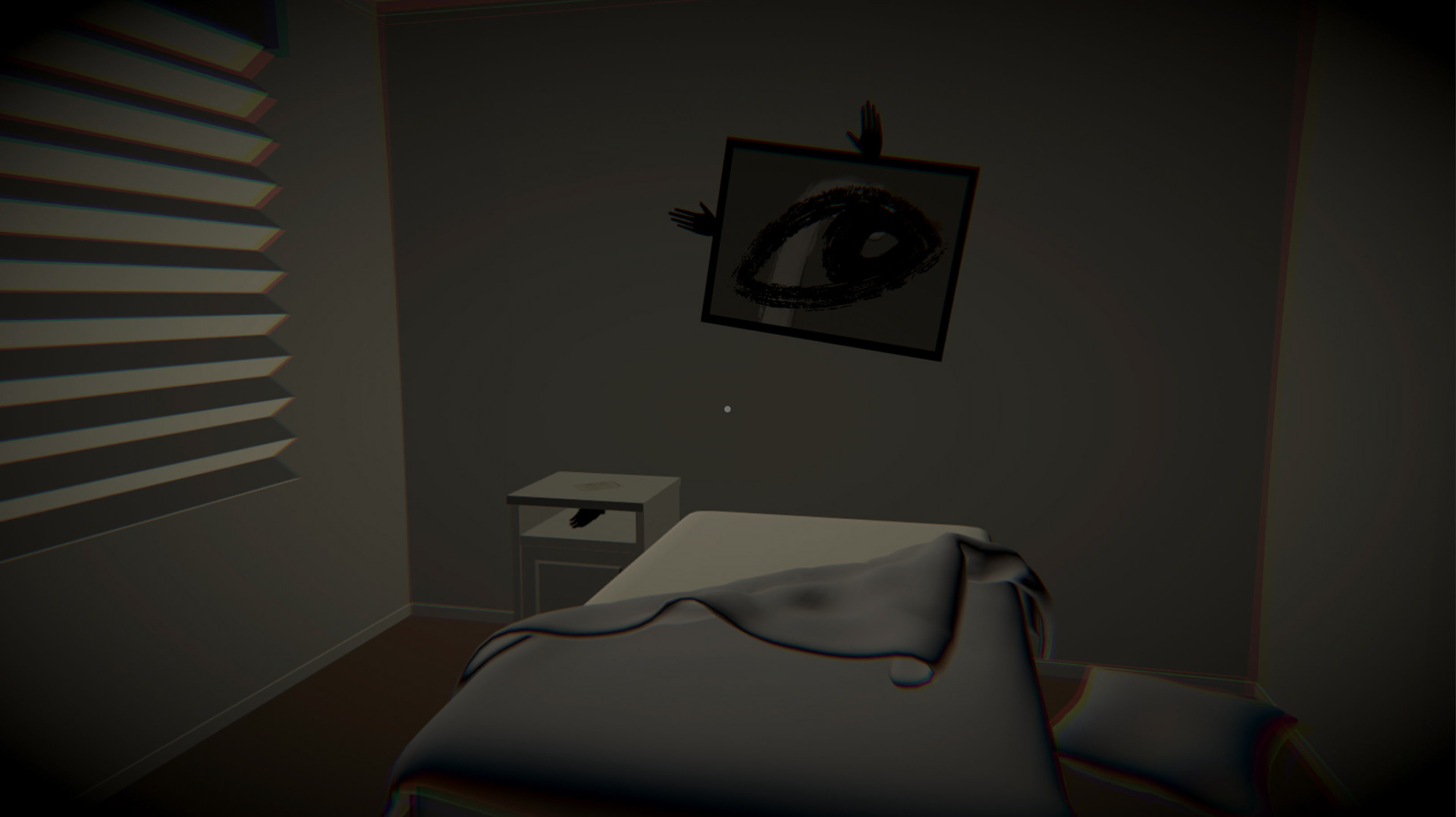 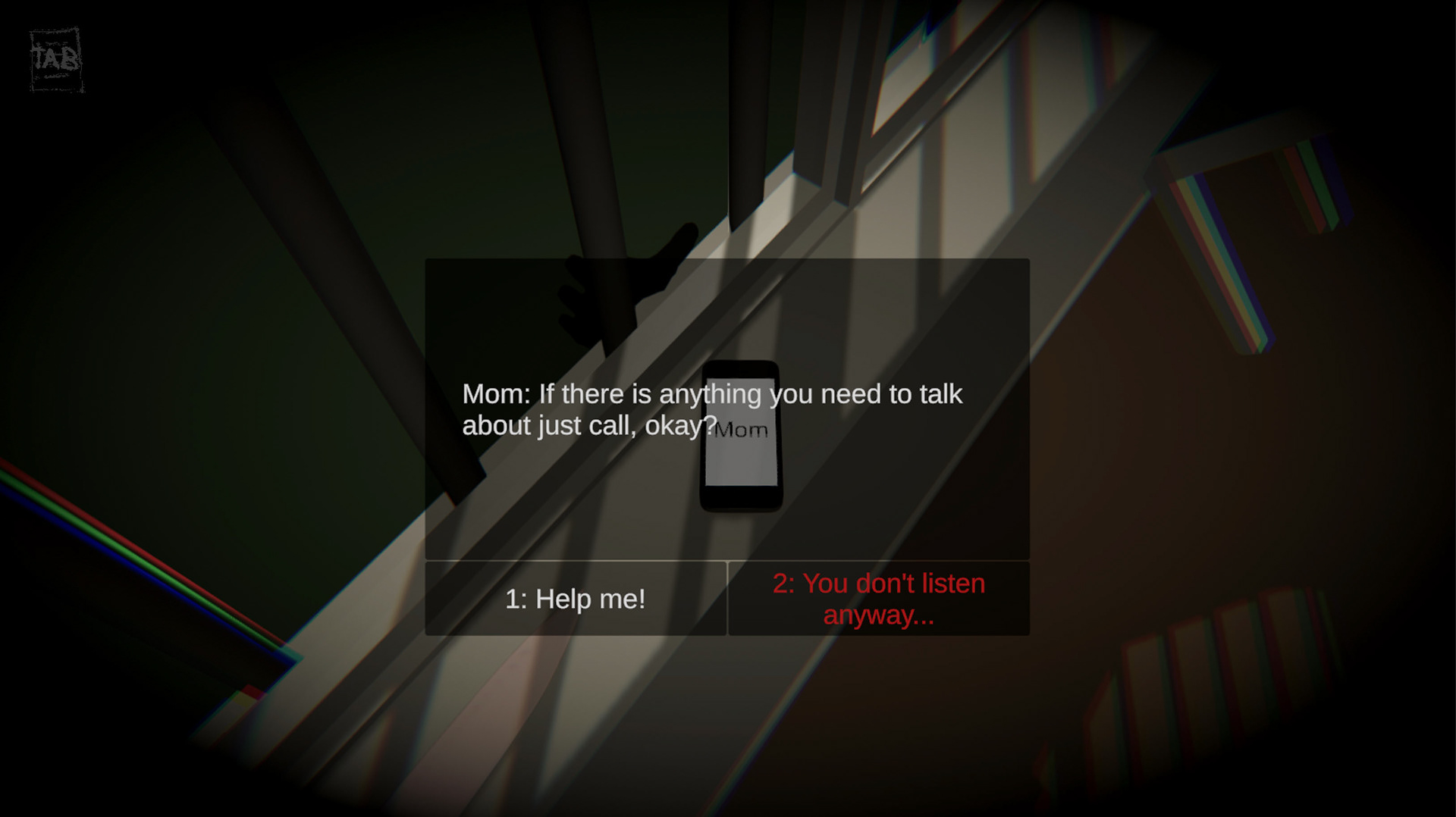 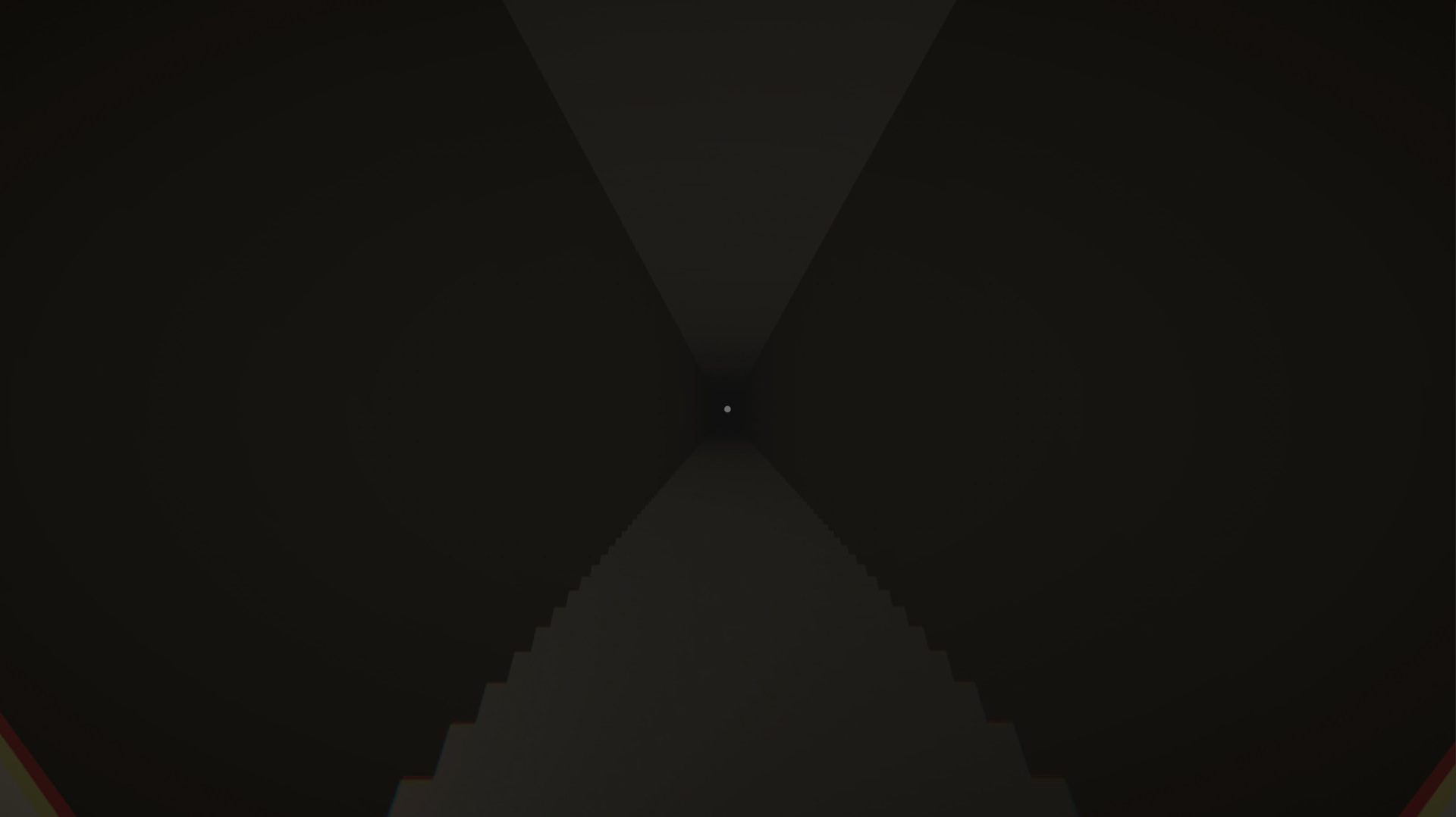